When you read about games online, there are always specific genres or games referred to as ‘perfect for Switch’. Given how I play a lot of multiplatform games on more than one system, I enjoy highlighting where a specific game shines. Sometimes, games are perfectly suited to a platform, but have issues on said platform. Subset Games’ FTL was a rare combination of a game that was not only perfect for iPad, but also best on iPad. Since then, the studio has been working on its turn-based tactical game Into the Breach (Free) that debuted on PC before eventually landing on Switch. Having played it on both of those platforms, it definitely was perfect for Switch and was my favorite way to experience the turn-based strategy game.

Ideally, a mobile port would be good enough for me to say that I now have a new best way to play Into the Breach. Sadly, there are two things holding me back from calling this iOS version the best way to play Into the Breach. One of these is more of a small feature that I enjoy seeing in ports, while the latter is something more people will care about. Before getting into the features of the port and those I’d like to see, the structure of Into the Breach, and how it pushes you into forgetting what you are used to, is fascinating.

Before I watched footage of Into the Breach a few years ago, I was sold on it because I always check out games from developers who have made games I’ve loved before. What excited me in addition to that was the reductive “chess with mechs and a great soundtrack" that my friend used to describe it to me. When I understood what Into the Breach wants from players after a few runs, I was blown away.

Turn-based strategy games are usually about killing enemies while surviving, but Into the Breach treats each encounter as a puzzle. You can see every enemy’s next move, and your aim is to try and counter this with the fewest amount of casualties as possible. This involves protecting buildings on your grid that needs to stay up to not have a game over, surviving with your units, and sometimes protecting a specific point of interest on the level by taking damage or sacrificing things.

As you progress through smaller battles on different islands, you can upgrade your grid or mechs, and also grow as a pilot. This pilot can continue on another timeline. Defeat in Into the Breach is not the end. With every run, you slowly unlock more of the game through new playable squads that drastically change up your strategy, and also unlock more islands to protect.

Each run features randomly generated levels, and playing through multiple runs with the same squad type will get you to understand what Into the Breach is all about. The mental barrier of how I usually played turn-based strategy games was the only thing that made the opening hours difficult back when I was obsessing over the game on Nintendo Switch.

Learning to prevent more enemies from spawning by covering those tiles, or sacrificing your own unit health to protect the grid is what you need to start learning to do early on. There are difficulty options, but they aren’t actually super easy modes or something. This isn’t like the casual options you see in some tactical RPGs. Into the Breach is challenging, and it will make you replay the basics until you understand what it expects from you. There are moments early on, and later where things click mentally and this is when you will realize that Into the Breach is one of the best indie games ever. 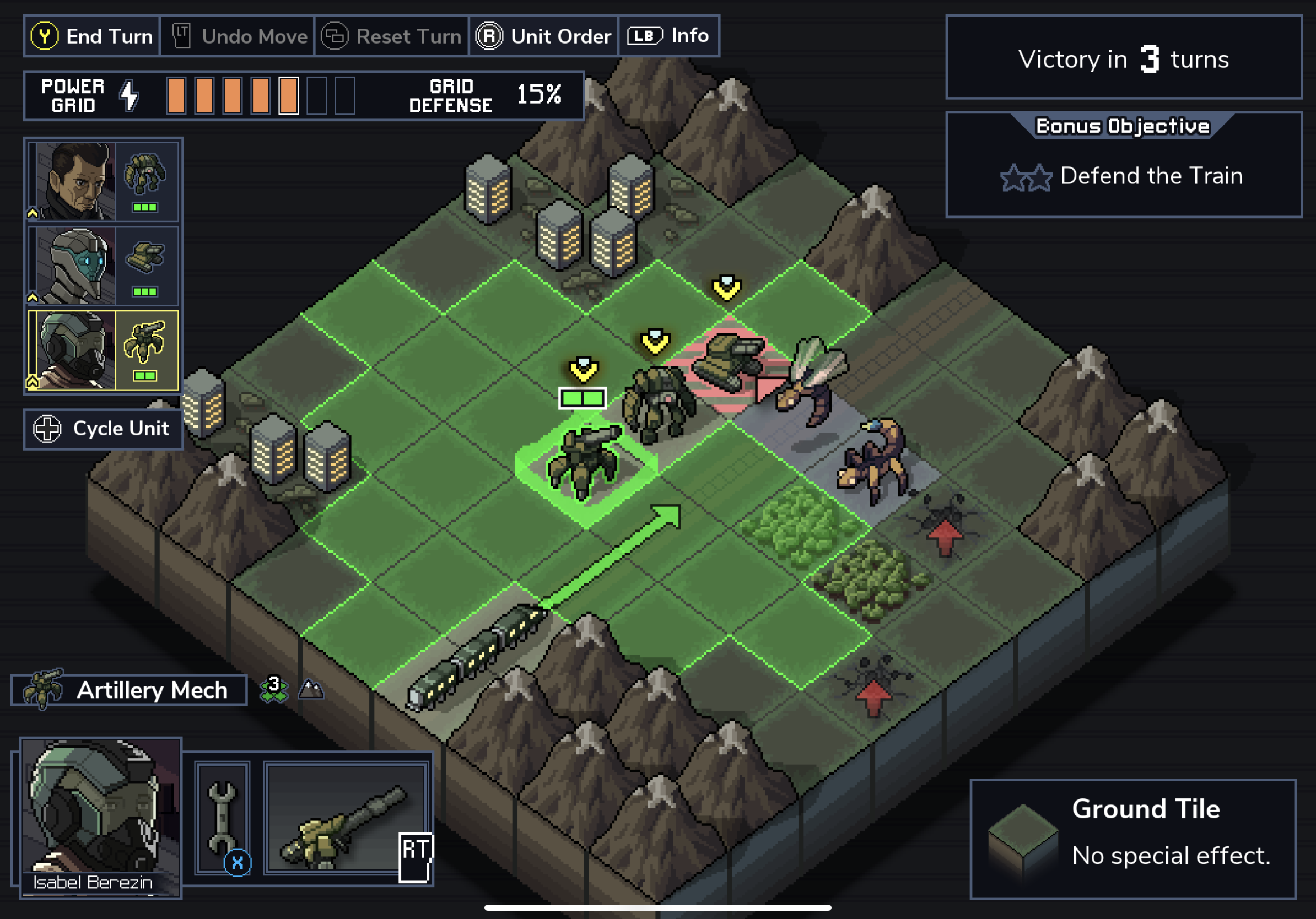 Into the Breach on iOS and Android ships with its Advanced Edition content from the start. This brings in nearly a whole paid expansion’s worth of new content in all areas to the game for free. In addition to 5 new playable squads, it adds tons of weapons, new music, a harder difficulty mode (as if the default ones weren’t hard enough!), new pilots with new random abilities, and still more. Into the Breach was already underpriced for what it offered at launch, but is even better value now as a complete package.

A lot of the new content will be most useful to those who have played a lot of Into the Breach already, but if you’re moving to mobile from another platform, the lack of cross platform progress syncing might help you start out with some new options from the start to keep things spicier than usual. 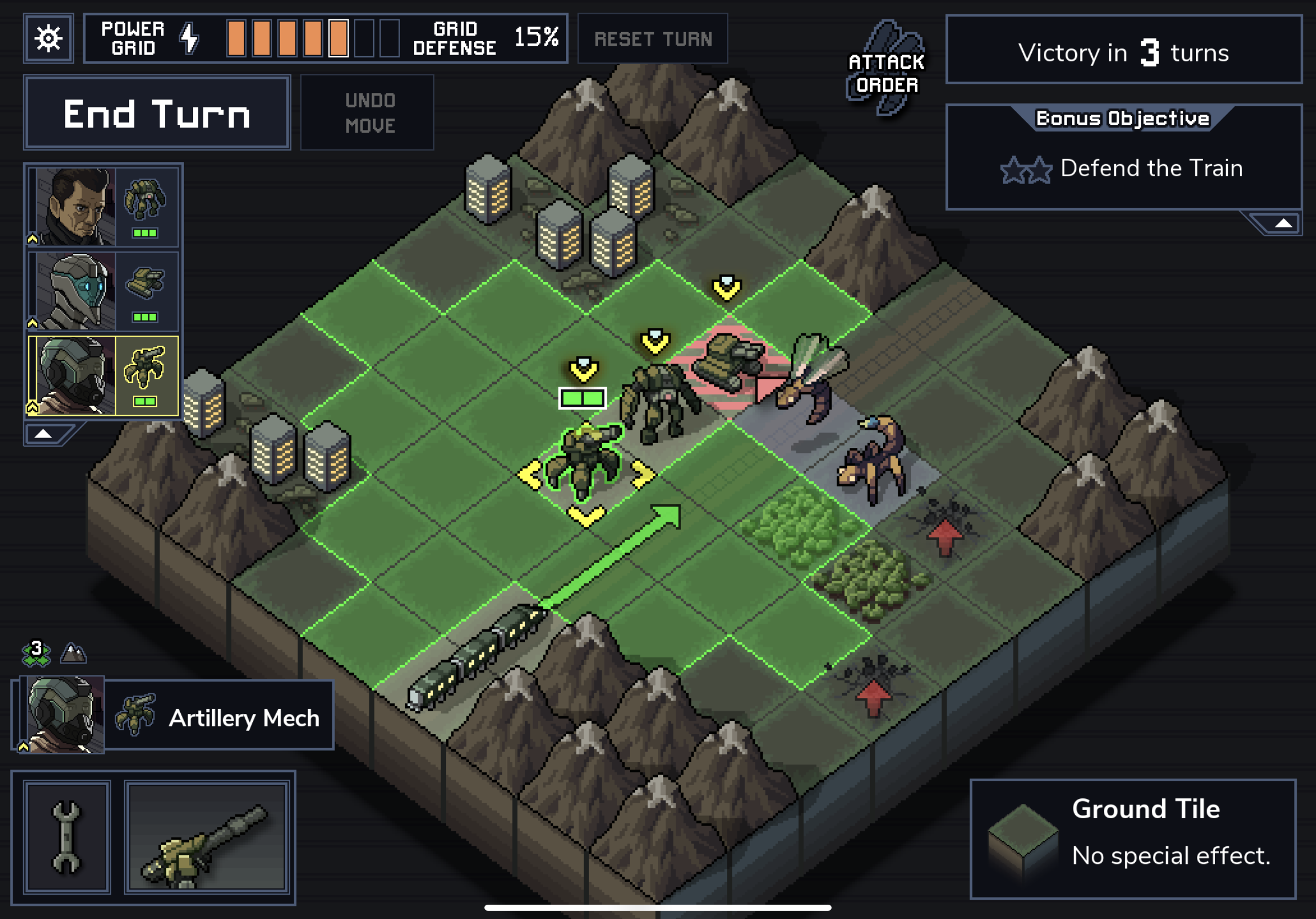 In terms of features, Into the Breach has full controller support and I’ve even played it for a few hours with a bluetooth mouse on iPad that simulated touch controls. The controller support right now displays Xbox button prompts even when using a DualSense controller, but it does work without issues. There is no haptic feedback which is disappointing after how nice it is on Switch, but the interface scaling options are welcome. The touch interface and controller interface adjust on the fly depending on your input, which is awesome to see. While I do enjoy playing it on Steam Deck, I would rather play it on Switch if I was using traditional controls, or play on iPad for the best touch experience at a much higher resolution. I’d say the Switch and iPad versions are my current favorite ways to experience the game.

The biggest problem with Into the Breach on iOS right now is the lack of iCloud progress sync between iOS devices. I played on both iPhone 11 and iPad Pro (2020) and had to basically treat them as two different profiles with their own progress. I hope this can be added in a future update. 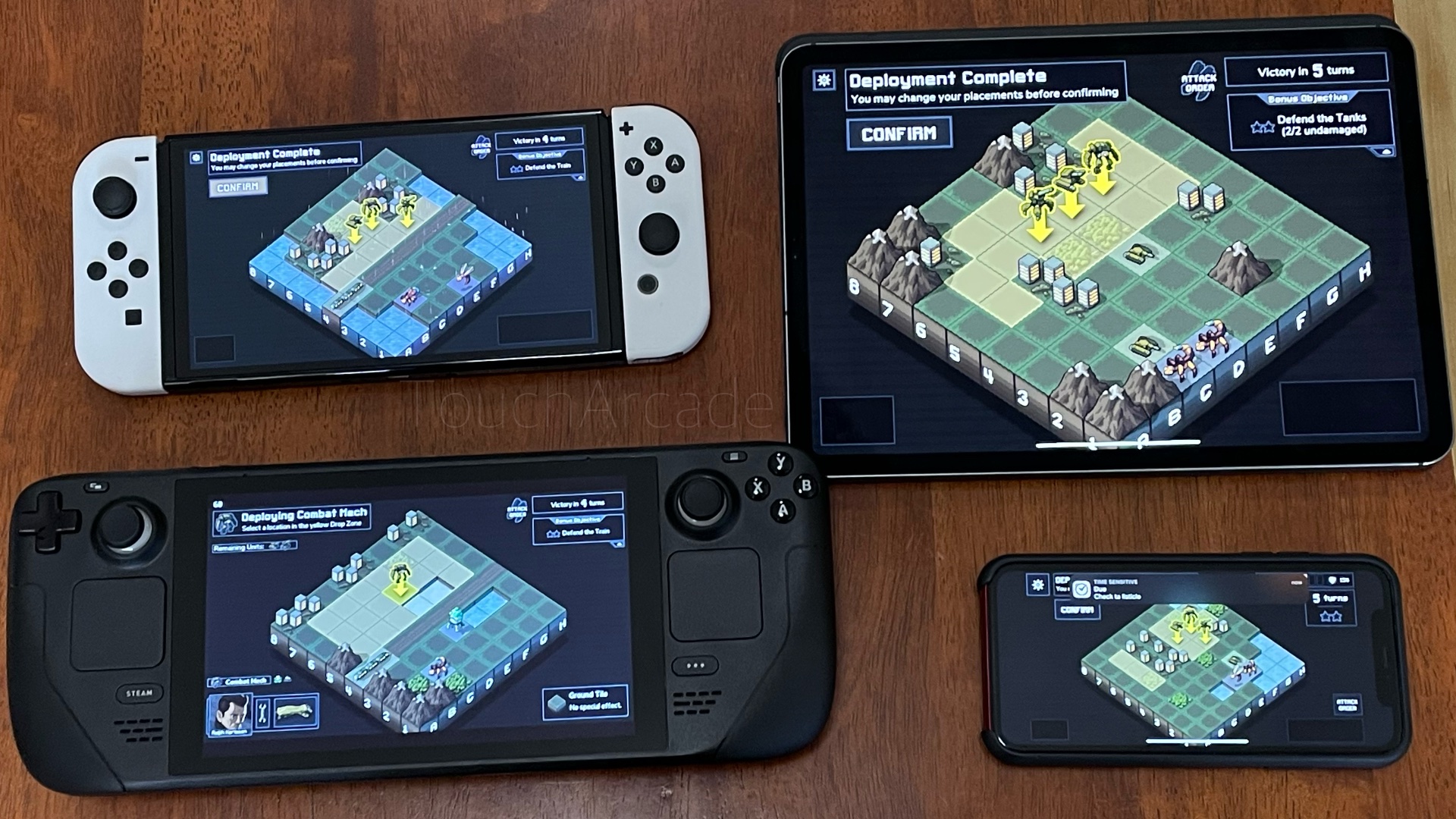 Just like with Apple Arcade games and even the recently released Poinpy that Shaun reviewed, there is one thing to keep in mind. You can’t buy Into the Breach to own it standalone on mobile. You have access to it through a Netflix subscription, and this one costs a lot more than Apple Arcade. I don’t think it is worth subscribing to Netflix just for Into the Breach, because I’d say get it on Switch instead if you have the option, but if you do have a subscription, Into the Breach is my favorite addition to Netflix since Devilman Crybaby and Seinfeld.

If you like turn-based strategy games, Into the Breach is beyond essential, and the iOS version is almost everything I wanted in a mobile port. I hope potential future updates can add cloud syncing across devices and even haptic feedback. While the latter is more of a want than a need, cloud progress syncing is important in a game like this. If you waited years for Into the Breach to come to mobile, the wait has been worth it. It looks and plays great, and the Advanced Edition content feels almost like a full paid expansion that existing owners get for free. Subset Games went above and beyond here for sure. Even if you don’t plan on getting a subscription to play this on mobile or buying it on another platform, the soundtrack is superlative, so I’d recommend checking that out at least.